TURTUK – A WORLD WITHIN ITSELF

TURTUK – A WORLD WITHIN ITSELF

India prouds itself of being home to a number of mesmerizing and picturesque destinations, each unique and distinct in its own way. But if you yearn to visit a village situated along the bank of a prominent Himalayan river, where a small natural stream divides the village into two parts, which is home to the only Balti population on the Indian side of LoC and which is famous for its apricots and walnuts, then Turtuk has to be on your to-visit list for sure. 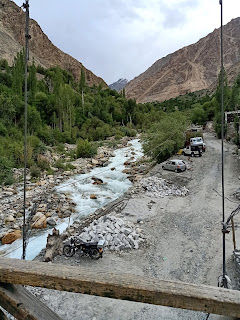 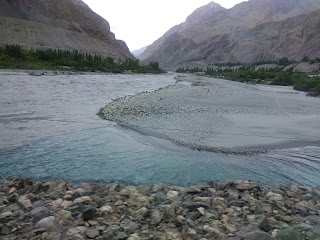 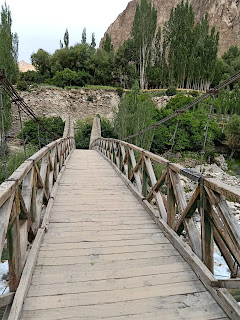 A Few Tips on planning a visit to Turtuk

Petrol Pumps - There are multiple petrol pumps in Leh. But once cross Khardung La, the only option for you to refuel your vehicle is the petrol pump at Diskit (115 kms from Leh and 90 kms before Turtuk). It is always advisable to carry extra fuel with you to be on a safer side.
ATMs – The nearest ATM services are available in Leh only. So make sure you carry enough cash as the locals are not very well connected via digital payment methods.
Mobile networks – The best service provider to help you connect to the outside world from Turtuk is BSNL, that too you have to be patient for a call to get connected. Don’t expect any wi-fi services in that part of the world. However, Government is working towards implementation of laying down of optical fiber network that will improve connectivity, but the project is still under progress.
Power – Electricity supply is not 24x7. At such altitudes and terrain, it’s difficult to provide round the clock electricity supply. In Turtuk, you will get an average 4-5 hours of electricity daily that too during evening-night hours. So plan accordingly.
Medical facilities – There is a Primary Health Centre in Turtuk that caters to the basic most medical conditions. Anything beyond that, you have to travel to Leh for better medical facilities.
Balti Ladakh Travel Turtuk
Location: Delhi, India